As the Fourth Industrial Revolution spurs companies to embrace digitization and innovative technologies. Artificial intelligence is transforming entire industries, making organizations smarter, more efficient and more competitive. In the process, Israel has become a leading AI powerhouse with the Startup Nation incubating a wide range of both core AI technology companies and AI-driven companies in a variety of verticals and industries.

Multinational corporations have sought to capitalize on Israel’s prowess in AI, as evidenced by their vibrant R&D activity in the country and the growing number of acquisitions of Israeli AI companies.

Among the many acquisitions of Israel-based AI companies, a few stand out from recent months: In March, McDonald’s acquired AI-driven personalization company Dynamic Yield, a deal that came on the heels of Walmart’s acquisition of Aspectiva, which uses AI and natural language processing to gauge consumer sentiment. Last year, Salesforce acquired the marketing analytics company Datorama for $850 million, and Medtronic purchased AI-driven personalized nutrition startup Nutrino.

From digital-first verticals to legacy industries looking to leverage the latest technologies, AI is at the heart of modern innovation. Israel, in turn, is at the heart of AI, building a future that’s undeniably intelligent and anything but artificial. 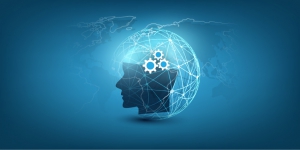