At the Foreign Trade Administration in the Israel Ministry of Economy and Industry, we find it only fitting to ring in the new decade by looking back on the past ten years of incredible accomplishments for the Israeli economy.

Since 2009, Israel signed, negotiated and updated seven new free trade agreements (with countries such as the Republic of Korea, Canada and the Ukraine – doubling its previous total), grew exports by 70%, with a record $114 billion expected in 2019 alone (4.5% more than 2018, 68% over 2009), and increased exports to China by a factor of five. While these outstanding achievements are exciting on their own, a deep dive into some of the accomplishments of the 2010’s may give us insight into the further promise for Israel’s economic future as we head into the 2020’s.

While Israel’s overall exports enjoyed an impressive annual growth rate of 5.3% over the last decade, exports of Israeli services grew nearly twice as fast – at 10%. What’s more, this rate is accelerating, with annual growth of exports from Israel’s service industry climbing to almost 12% in 2019. Whereas services exports constituted just 32% of total exports in 2009, it rose to 49% in 2019. This exponential lift is largely due to the breakout success of Israel’s high-tech exports.

The Latin American sector also saw marked growth in the past decade, with exports climbing by over 40% (an increase of about $584 million in the past decade). The region now constitutes roughly 5% of Israel’s total non-diamond exports.

The Foreign Trade Administration’s support has given a great boost to this geographical diversification. This comes through various programs and via a number of incentives aimed at increasing exports in emerging and developing markets in Asia, Africa, Latin-America and beyond.

In addition, the network of economic trade attaches run by the Foreign Trade Administration in approximately 45 financial capitals around the world has greatly evolved with the world economy. The network has expanded and redeployed in markets such as Japan, China, India, and Latin America, helping over 10,000 Israeli exporters forge invaluable international business connections. Over the past decade, these relationships have generated some 1,250 success stories yielding $4.3 billion worth of deals.

Looking Forward to the Decade Ahead

With the “Startup Nation” reaching new, innovative milestones and gaining new traction in markets worldwide, the Foreign Trade Administration takes great pride in the country’s accomplishments, but is also filled with hope and ambition for the decade to come. 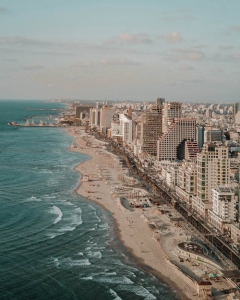 For more information on how Israel’s hi-tech scene is helping innovate our world, please visit http://www.itrade.gov.il/ or contact your local Israel Economic Attaché