The rankings are noteworthy as the report reflects the impact of COVID-19 on the global startup economy. This year, for the first time, Tel Aviv and Jerusalem were ranked together due to their geographical proximity and the report provides separate reviews for their separate specific strengths.

Startup Genome said this year’s report was published amid global economic turmoil, with 40 percent of startups reporting disruptions due to the coronavirus pandemic.

The comprehensive global survey conducted by Startup Genome maps the global startup industry in over 150 cities worldwide. The Tel Aviv-Jerusalem ecosystem tied with the city of Los Angeles.

California’s Silicon Valley ranked first in this year’s report, followed by New York City and London in the second and third places. Beijing and Boston ranked fourth and fifth, respectively. The top 10 list concluded with Shanghai, Seattle, and Stockholm.

The report ranked the top 30 global start-up ecosystems plus runner-ups, as well as 100 emerging ecosystems.

The report noted that Google set up its first startup accelerator outside of the US in Israel in March 2018. It also mentioned how open-source analytics platform Logz.io received $52 million in late-stage VC funding in July 2019 and Israel’s Habana Labs was acquired by Intel for $2 billion that same year.

In the cybersecurity sector, the report noted that Israel exports $6.5 billion in cybersecurity products every year. Cybersecurity exits in Israel totaled $3.4 billion in 2019 with 23 deals including Demisto, which was acquired by Palo Alto Networks for $560 million and Tufin, which became a public company at a valuation of $450 million.

According to the report, the Israeli ecosystem is valued at $47 billion with early-stage funding totaling at $3 billion. The report highlighted that Tel Aviv still has the highest number of startups per capita in the world after Silicon Valley.

Tel Aviv is also home to development and innovation centers for over 100 multinationals, the report said. Some of the multinationals drawn to the tech talents of Tel Aviv in 2019 include the Ford Motor Company, Yandex, and SAP, which announced an expansion of its development center in Tel Aviv.

The report also featured Tel Aviv as the city with the highest number of growth companies with approximately 100 scale-ups.

On the municipal level, the city of Tel Aviv operates entrepreneurship and innovation centers that provide accelerator programs, support, and mentoring from the earliest stages, as well as opportunities to implement their developments in the City Hall or with municipal companies, according to a statement issued jointly by the cities of Tel Aviv and Jerusalem. Examples include the Ratzif Innovation Center at Neve Shaanan in the south of Tel Aviv, and CityZone in Kiryat Atidim, which specializes in technologies that address urban and smart city challenges.

“Tel Aviv is the Startup City of the Startup Nation with the world’s largest concentration of startups per capita and square kilometer,” said Tel Aviv Mayor Ron Huldai. “The technology ecosystem helps not only the local economy but also the city’s international appeal. The strength of the technology companies is even more fundamental today, with one of every ten employees in Tel Aviv in 2019 worked in the technology industry. Thousands of other businesses provide services to this sector.”

“We will persist in helping our entrepreneurial ecosystem emerge strongly from the tough time to protect Tel Aviv’s status as a global technology hub,” he added.

The Startup Genome report highlighted Jerusalem for its life science, biotech, and AI strengths. Some 150 life science companies in Jerusalem benefit from an extensive municipal support net, according to the city statement. Examples include the BioHouse work compound at the Hadassah Medical Center Campus in Ein Kerem, and BioGiv, a lab compound for young companies in the Givat Ram Campus of the Hebrew University.

Jerusalem also boasts some 80 AI companies, including Mobileye and Lightricks, and its technological edge in general and biotech and AI, in particular, relies heavily on its world-class academic institutes such as the Hebrew University and the Bezalel Academy of Arts and Design, as well as a growing local community and significant State and municipal support.

“Jerusalem has been making big strides in the high tech industry and will soon claim its status as the capital of the technology industry too,” said Jerusalem Mayor Moshe Lion. He announced that the city will invest NIS 300 million ($87 million) over the next few years in the city’s knowledge industry with new offices and related industries.

“With a population of scientists, intellectuals, and determined entrepreneurs, Jerusalem has what it takes to succeed. Its rough character gives it an edge over the competition. There are currently 550 technology companies, 12 accelerators and hubs, and 18 investment funds in Jerusalem. Some 350 technology-related events are held in Jerusalem every year, and growing,” Lion added.

“As the COVID-19 crisis hit across the world, startups have found themselves in a double bind, being hit hard from two main shockwaves: capital shock and demand,” the report said.

But the overall consensus on the state of high-tech around the world was positive. “The unstoppable march of the economy becoming increasingly reliant on digital and technology products got accelerated by the crisis triggered by COVID-19. This means that, even more than in the previous crisis, the tech economy will be fundamental for recovery.”

The report highlighted Israel’s response to the coronavirus pandemic.

“It is well understood, even by the Finance Ministry, that the high-tech industry holds the key to pulling us out of the economic crisis following the coronavirus pandemic,” Aharon Aharon, CEO of Israel Innovation Authority said in the report.

They included public policy responses taken by governments around the world to create a knowledge base with more than 200 COVID-19-related policy measures.

As part of the Israeli government’s COVID-19 policy, it announced a NIS 1.5 billion ($437.3 million) support plan, which includes NIS 650 million ($189.5 million) as “first aid” to small-and-medium-sized companies through the Israel Innovation Authority’s grants and programs. Other initiatives are focused on backed loans for companies in need of funding and encouraging the entrance of institutional investors into the market. 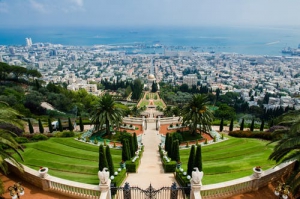