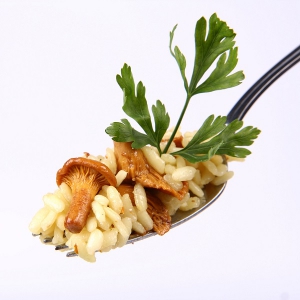 According to the first global UN-led work on food security, the International Assessment of Agricultural Knowledge, Science and Technology for Development (IAASTD) report, there is a pressing need for greater resilience so as to ensure sustainability of future food supplies.
Traditional industrial agriculture is far exceeding the planet’s ceiling on production capabilities. Its emphasis on short-term results and overdependence on synthetic chemicals has an extreme, negative impact on the climate and biological systems humans require to thrive.
In the past few years, unnoted and uninspected, a group of people have been leading the way in agricultural technological innovation. AgFunder, the world’s leading information company in the field of agriculture and food innovation, ranked Israel among the top five countries in the world this year in innovation initiatives and breakthroughs in the industry.
Until very recent years, there were limited numbers of AgriFood companies. Only in the past three to four years, the ecosystem has seen major developments: new investment sources were established or developed, and the number of companies has grown to about 800.
In foodtech, two of Israel’s major food producers, Strauss Group and Tnuva, are partners in incubators (Strauss is a partner in The Kitchen FoodTech Hub and Tnuva is a partner, together with beverage manufacturer Tempo, in the Fresh Start Incubator and Finistere Ventures.

Some interesting Israeli companies in this sector include:
DouxMatok
Founded in 2014, Israeli startup DouxMatok, developed a patented sugar reduction solution that retains the texture, sweetness, and appearance of sugar. The company says its proprietary tech is based on loading sugar molecules to form clusters that release them right next to gland receptors, resulting in an increased perception of sweetness.
DouxMatok has 18 registered patents and over 40 patent applications pending. Last year, it won the Prime Minister’s Innovation Award in Israel and announced a partnership with German company Südzucker, the largest sugar producer in Europe, to set up production, joint marketing and sales of DouxMatok sugar to Europeans by 2020. It is also currently collaborating with multinational food companies to integrate their technology into various food brands.
In June, DouxMatok raised $22 million in a Series B funding round led by Singapore’s BlueRed Partners to further commercialization and scaling efforts.

Hargol FoodTech
Grasshoppers are at least 70 percent protein and full of health benefits, says Hargol FoodTech founder and CEO Dror Tamir, who started the company after learning that grasshoppers provided a sustainable protein alternative with numerous advantages.
The firm sells two products: one is the whole grasshopper, sold to restaurants and food produces and sometimes retail chains as a snack; and the other is a protein powder, sold as an ingredient.

EggXYt
Founded in 2016, EggXYt developed technology that can detect the gender of chicks before hatching, answering the demands of conscious egg consumers who abhor the practice of male (which don’t produce eggs) chick culling.
Using gene editing and slightly tweaking the DNA, Elram and Offen have created a binary solution where the male chicks are marked using a special scanner.

EatSane by A1C Foods
Founded in 2016, A1C Foods developed a patent-pending formula to lower the glycemic index of food products to make them low-carb. It claims not to use artificial sweeteners or sugar substitutes, relying instead on the expertise of a team of doctors, dieticians, chefs, and food technicians “passionate about flavor and extremely conscious about health.”