Posted by – IT WEB

South Africa has at its fingertips access to the latest ground-breaking research, products and innovation that is creating ripples around the world – from Israeli companies. 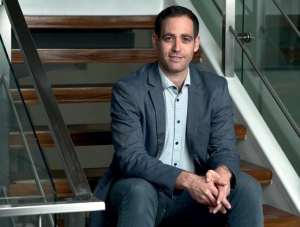 Amit Lev, Head of the Israel Trade and Economic Office in South Africa

Known as a country of immigrants, Israel is a small country that saw necessity as the mother of invention. It has evolved from being a major exporter of citrus products into a recognised leader of developments in such fields as agriculture, medicine, engineering, technology and communication.

“Israel saw the need to develop products internally for the export market and leveraged from its culture which has great minds from all over the world, affording us the mix needed to innovate and revolutionise in many fields,” says Amit Lev, head of the Israel Trade and Economic Office in South Africa.

Israel has a total population of around nine million yet is home to 6,500 startups – the largest number of start-ups in the world. The number of unicorn companies has also multiplied, with Israel having more than 60 of the 600 globally and 10 Israeli-founded private companies have joined the unicorn club since January 2021 and over $5-billion in investment was raised in the first quarter alone.

Compared to other BRICS countries, South Africa has been slow to exploit what Israel can contribute and has not yet recognised how Israel is contributing to these other economies in exceptional ways. In the other BRICS countries, Lev says that banks fight to get their companies to Israeli trade expos because they see the tremendous value in teaming up.

“There is also the misconception that our technologies are too advanced for South Africa, but this perception needs to change,” continues Lev. “There is not the luxury of waiting for technology to come to you – when it does it is too late. You need to be more proactive to be competitive.

“There are 500 cybersecurity companies in Israel, for example, and South African CISOs would be wise to mine this capacity and take advantage of our innovation. The South African C-suite needs to be more receptive to what is available and what is new.

“The technology from Israel is relevant for the South African market and we can make it work between our two countries if we come together, explore best fit scenarios and bring ecosystems together.” Lev says there are many different industries where there are synergies between what Israel can offer South Africa and vice versa. Apart from the ones listed earlier, there is mining, education, fintech and more.

To access these sectors, the South African Israel Trade and Economic Office is geared and willing to assist C-suite executives to find suitable partners in the sectors they are interested in.

“We are not a political office. Our office offers a business-to-business platform that enables companies – no matter what size, to engage and collaborate with each other,” he concludes.