The Israelis helping to conquer cancer

As part of Cancer Research Month, we take a look at some of the best Israeli research in the field of cancer and the scientists committed to saving lives.

May is National Cancer Research Month in the United States. But cancer doesn’t care who you are or where you live, so every research breakthrough is vital to the global community of cancer patients and their families.

And Israel is renowned for its many studies and scientific breakthroughs that have led to new treatments and better understanding of all forms of the disease.

The Israel Cancer Association and Israel Cancer Research Fund award dozens of grants and fellowships in fields ranging from epidemiology and basic research to clinical and observational features, aiming to harness Israel’s scientific talent to find a cure for cancer.

“The research of today is the cure for tomorrow,” Miri Ziv, ICA’s Director General, tells ISRAEL21c.

“We have in Israel very good researchers and this is a crucial part of the fight against cancer. The research gives us better methods for prevention, early detection and, of course, treatment,” says Ziv.

In December last year, the Technion Integrated Cancer Center  (TICC), a first-of-its-kind hub for research, was established to spur the development of new treatments and early-stage diagnostic technologies.

“Conquering cancer is one of the global community’s most pressing challenges, and it requires an interdisciplinary approach,” said Technion President Prof. Peretz Lavie at the inauguration ceremony. “We need collaboration between basic scientists, biochemists, cell biologists, computer scientists and experts in microscopy and imaging. We need the engineers and we need the clinicians.”

Dozens of Israeli researchers have won international prizes and honors for their work in the field of cancer. Listed below are some of the most well-known among them. 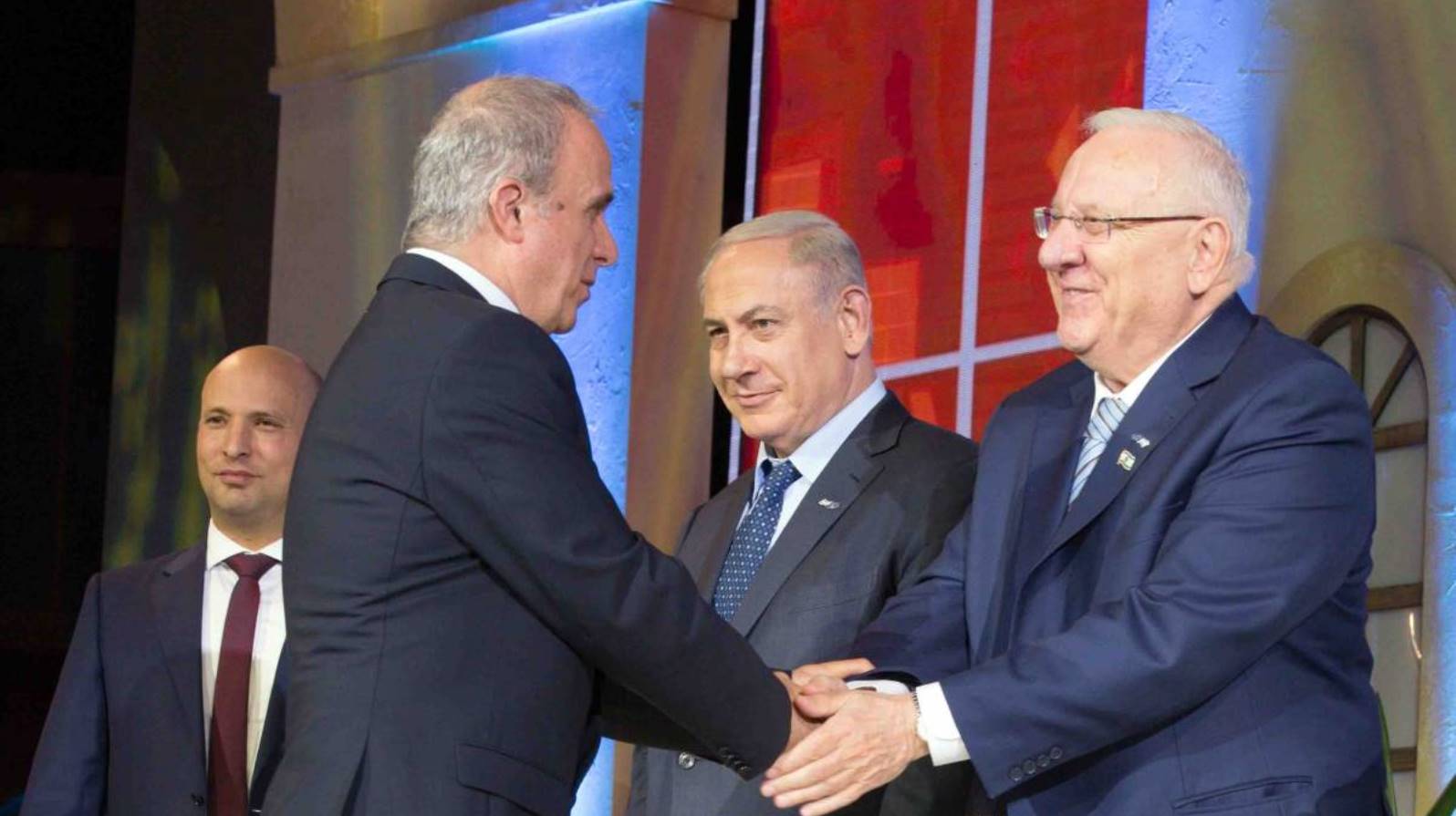 Yarden has shed light on the processes by which cancer grows and spreads. He had a role in discovering the function of a molecular amplifier, HER2, which strengthens the chemical signals that cause cells to become cancerous. His research has clinical applications in breast and lung cancer.

Prof. Yosef Shiloh, an Israel Prize committee member, was the first Israeli to win the coveted Clowes Award from the American Association for Cancer Research (AACR), in 2011. His area of expertise is ataxia telangiectasia (A-T), a rare neurodegenerative disease.

AACR Director Margaret Foti said of Shiloh, “His work has launched a scientific revolution and opened up new horizons in the understanding of how the living cell copes with DNA damage, which is among the main factors in cancer.”

In 2015, the Olav Thon Foundation announced Shiloh as its first recipient of an international research award in the medical sciences.

Prof. Aaron Ciechanover won the 2004 Nobel Prize — along with fellow Technion Prof. Avram Hershko and the late Irwin Rose — for discovering the ubiquitin system, which led to the development of efficient anti-cancer drugs. Ciechanover and Hershko also won the Lasker Award in Basic Medical Research. 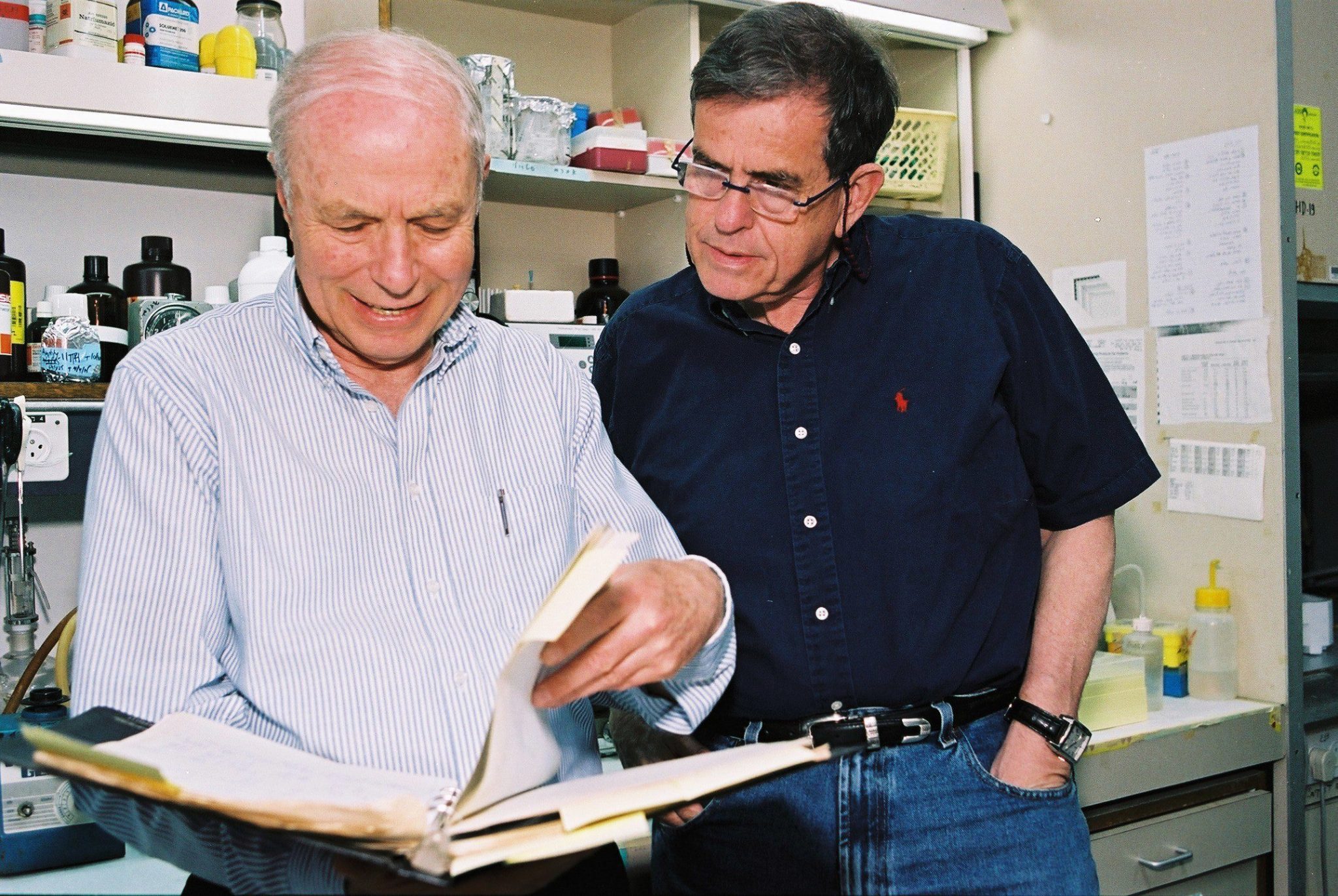 Professor Avraham Hershko, left, and Prof. Aharon Ciechanover in the lab. Photo courtesy of the Technion

Ciechanover, an honorary president of the Israel Cancer Association, co-leads the TICC and is continuing groundbreaking research on cancer-suppressing proteins.

Hebrew University of Jerusalem professors Howard Cedar and Aharon Razin won the Gairdner International Award for their advances in the control of gene expression and cancer research. Cedar also won the Wolf Prize and Israel Prize for pioneering work in DNA methylation, a molecular process that turns genes on and off.

Israel Vlodavsky, a professor in the Cancer and Vascular Biology Research Center at the Technion-Israel Institute of Technology in Haifa, is a globally recognized authority on cancer metastasis. The winner of numerous awards including the Neufeld Prize, Vlodavsky is now working to identify treatments to inhibit metastasis.

Dr. Pinchas Tsukerman of Hebrew University, who developed a novel immunotherapy method in which monoclonal antibodies neutralize the tumor’s ability to suppress the immune system, won the Kaye Innovation Award in 2016.

Ziv notes that research in Israel has global importance.

Israel Prize winner Zelig Eshchar from the Weizmann Institute, considered one of the founding fathers of the field of immunotherapy, is credited with providing the basis of a new method of strengthening the body’s defenses against cancer with a patient’s own immune cells.

Dr. Ephrat Levy-Lahad, director of the Medical Genetics Institute at Shaare Zedek Medical Center in Jerusalem, discovered that women with the BRCA2 gene mutation have an increased risk for developing breast cancer if they also have an abnormality in the RAD51 gene.

Prof. Marcelle Machluf  of the Technion developed new technology for delivering targeted anti-cancer therapeutics, which dramatically increases efficacy and prevents the side effects associated with existing chemotherapy. Machluf reported in 2016 that in animal models, the system doubled life expectancy after the development of prostate cancer.

Israeli scientists made a significant breast-cancer breakthrough by demonstrating that they could stop the spread of breast cancer in mice.

And Dr. Carmit Levy of the department of human molecular genetics and biochemistry at Tel Aviv University’s Sackler School of Medicine discovered how melanoma spreads to distant organs and found ways to stop the process before the metastatic stage.

More than 30 years ago, Israeli scientists Moshe Oren and Varda Rotter found the location and chemical nature of the p53 tumor-suppressor gene. Their research is still being used today for further breakthrough studies on halting the spread of cancer.

Many lifesaving drugs already on the market or under development to treat cancer are based on Israeli research.

ICRF researcher Prof. Alberto Gabizon and his team developed Doxil, the first FDA-approved drug to use “stealth liposomes” for direct delivery to a tumor site without damaging surrounding tissues. Doxil is used to treat breast and ovarian cancer as well as Kaposi’s sarcoma, a form of cancer in AIDS patients. 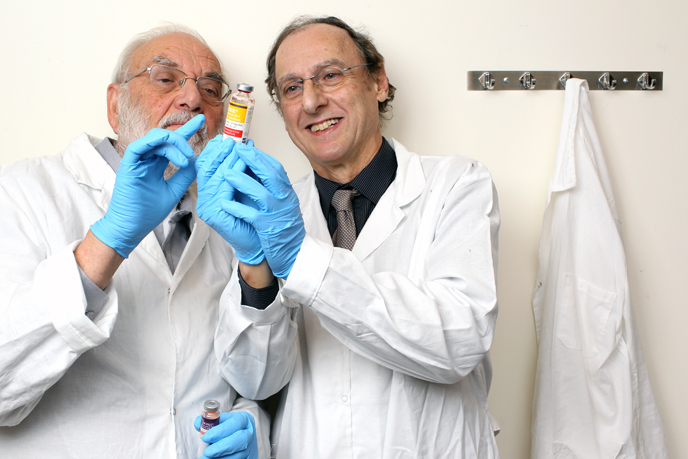 Prof. Eli Canaani and his team at the Weizmann identified the molecular structure of the “Philadelphia chromosome,” the first abnormal chromosome found in leukemia. Gleevec, the first drug to directly target cancer cells, was developed based on this research to treat chronic myelogenous leukemia.

Hershko and Ciechanover’s discovery of the ubiquitin system led to the development of Velcade, a FDA-approved drug used to treat multiple myeloma, a cancer of the bone marrow.

“Israeli researchers have made a definite contribution to the global fight against cancer. They are known for their creativity and their ability to give new ideas to the development of novel therapies,” says Ziv.