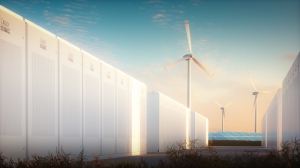 Powering the future with Israeli technology

As climate change spurs nations to shift away from fossil fuels and embrace clean energy, technological innovation is playing a vital role in enabling the transition – and with its robust innovation ecosystem, Israel is a critical part of the energy revolution.

From the cutting-edge innovations that have helped dramatically reduce the cost of solar power to smart solutions for helping enterprises curb their energy consumption, Israel is harnessing its technological know-how to power a more sustainable future for the planet. According to the Israel Export & International Cooperation Institute, the Israeli water, renewable energy, and environmental industry includes no fewer than 800 companies and approximately 200 startups. And with valuable R&D support through initiatives like the Israel Innovation Authority’s Renewable Energy Technology Center, the public and private sectors are committed to nurturing this growing ecosystem.

Here’s a look at a few of the companies who are putting Israeli energy innovation on the map:

Israel’s commitment to clean energy innovation is also reflected in the Ministry of Energy’s 2030 plan, which calls for all new vehicles in the country to be electricity and CNG-powered and for the elimination of coal-powered electricity, with natural gas and renewables accounting for all electricity production by the next decade.