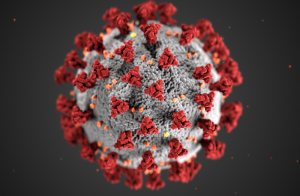 An Israeli start-up called Aura Air has developed an air filtration and disinfection system that has been installed in 400 coach buses in the UK and Ireland which are being used to transport essential workers to their jobs.

The system operates through sensors and algorithms that constantly monitor and analyze particles in the air along with temperature, humidity and carbon dioxide. Through the patented three-layer filter, the system absorbs volatile organic compounds and bad odors, and neutralizes viruses, bacteria, fungi and mold. Using ultraviolet LED, it then generates positive and negative ions to purify and freshen the air in return.

Passengers are able to monitor the results in real-time through an app, and the driver also receives an alert if any levels go above a certain threshold, which could indicate a potential hazard.

Last Spring, Aura Air tested out the technology at various locations in the U.S., including a Hilton hotel, and at Sheba Medical Center in Israel. The results showed that Aura Air was able to neutralize coronavirus SARS-CoV-2, at a rate of 99.9%, along with other viruses.

Aura Air devices are currently being sold to corporate markets around the world, such as schools, train stations and offices. They are also available for purchase by individual customers through the company’s website.