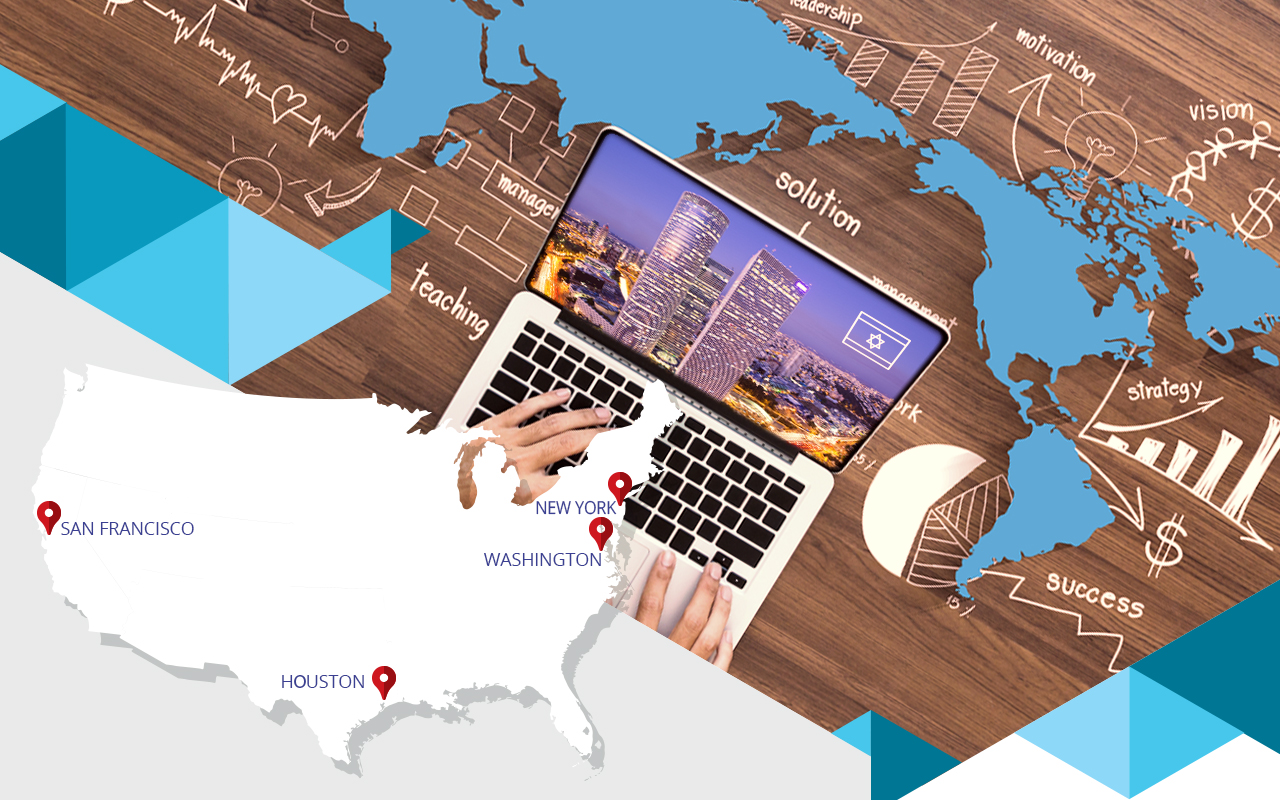 The Israeli Foreign Trade Administration at the Ministry of Economy is responsible for managing and directing the international trade policy of the State of Israel. The main fields of activity include activities for the promotion of trade and export, initiating and maintaining trade agreements for the improvement of Israel’s trade conditions, attracting and encouraging foreign investments and creating strategic cooperations with foreign companies. Together with the activity in Israel, the Administration operates a network of economic representatives who constitute the operational arm of the Ministry in markets around the world.

As climate change spurs nations to shift away from fossil

What’s So Special about Israel’s Startup Scene? (by @MarcoGreenberg via Creator)

What’s So Special about Israel’s Startup Scene? (by @MarcoGreenberg via Creator)

What’s So Special about Israel’s Startup Scene? Meet a Few of My Friends

(Guestpost by Macro Greenberg, via Creator/WeWork)

Israel is a small country that pumps out an unbelievable number of startups. This country of just over eight million people boasts more than 5,400 vetted startups and tech companies, according to Start-Up Nation Central.

The people behind these businesses are not always who you think they are. They aren’t just the young upstarts you’ll find in Silicon Valley and other places. Many weren’t even born here. But they all share some important qualities.

Take my friend and colleague, David Galper. I met him almost a dozen years ago when he was a twenty-something student at MIT’s Sloan School of Management. He had already secured tens of millions of dollars in funding from venture capitalists for Ruckus Network, a college-oriented digital music and entertainment startup he helped to found.

His company was sold to Total Music, a joint venture between Sony and Universal. After that, he went on to become a go-to advisor for countless startups. He is known for having an eye for diamonds in the rough, such as when he relaunched TinyURL.

Only arriving a year and half ago, and having never served a day in the vaunted Israeli Defense Forces, where many of today’s business relationships are forged, David has been able to ride the Israeli tech wave with the best of them. He’s currently scouting talent as the country’s lead investor for Flybridge.

What makes him so successful? It’s his brainpower, natural curiosity, gut instinct, and love of exploration, along with his genuine humility (not always the most common quality in Israeli startups) that make him a perfect poster boy for Startup Nation.

If you’re in London, Beijing or L.A., what does all this have to do with you?

I’m not just talking about going global with the next Waze or Teva (two incredibly successful Israeli companies), but learning from, and even tapping into, the Israeli business mentality. It’s a mindset that puts qualities like improvisation, speed, spontaneity, candor, connections, creativity, and the joie de vivre very much in evidence in the Tel Aviv’s cafés and restaurants at any time of the day or night.

After a recent visit to Israel, I discovered a lot of commonalities among the entrepreneurs I met...

See the entire article at Creator/WeWork.

Marco Greenberg is the president of Thunder11, the marketing communications boutique based in Manhattan. He’s successfully launched startup ventures for an array of notable entrepreneurs, angel investors, VC firms and Fortune 500 companies.

The Government of Israel Economic Mission to the Midwest, based in Chicago, is seeking a Project Manager. The position is currently offered for up to 6 months, coinciding with schedules from multiple major U.S. and Israeli