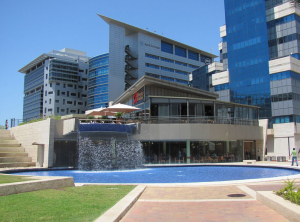 According to a report by IVC and ZAG S&W Zysman, Aharoni, Gayer & Co, in Q2 2020 Israeli high-tech investment making climbs to new quarterly record with 170 deals, with an increase of early stage deals in April-May in comparison to deals in February-March.

Despite the COVID-19 pandemic continues sending shudders across the world economy, there is some relief in the knowledge that Israeli high-tech funding, is behaving almost as usual. The positive trend in early and late rounds has continued in H1/2020, with $5.25 billion in 312 deals.

In February –March, the number of financing deals, especially for early financing rounds (Seed and A rounds), was down significantly. However, in April–May the number of deals for earlier rounds resumed normal ranges, and even compensated for the decline in Q1/2020.

Investor behavior was a major topic during H1. VC investors did not shy away from either first or follow-on investments, bringing the number of VC deals to a record in Q2/2020. This is an important point given the high level of economic uncertainty.

Israeli high-tech companies had a successful second quarter in 2020*, raising $2.5 billion in 170 deals. This was the second strongest quarter in terms of total amounts raised. More deals were made, though the median amount decreased slightly due mostly to an increase at the lower end of the financing rounds –more seed financing at smaller amounts.

Biocatch, which delivers behavioral biometrics, analyzing human device interactions in order to protect users and data, closed an investment of $ 145.

The data for H1 is solid, but in the current global environment, they carry no promises for the rest of the year. The full magnitude of the economic impact could still be felt in Q3/Q4 and onwards.

For further information how you can be part of the Israeli High Tech investment scene please contact your Israeli Commercial Office at www.itrade.gov.il